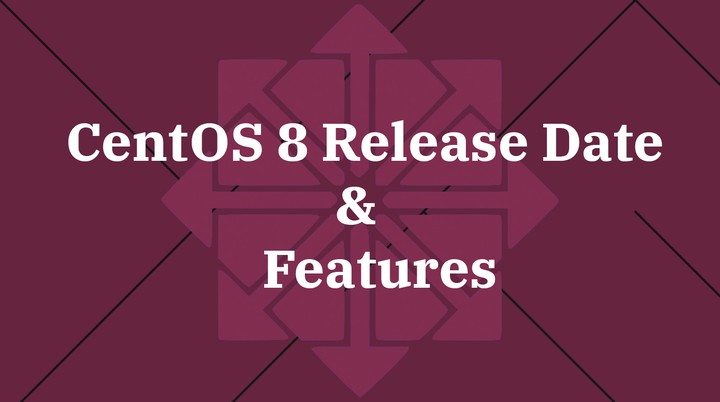 Red Hat Enterprise Linux 8 is based on Fedora 28 and comes with Linux kernel version 4.18. RHEL 8 has introduced Application Streams which provides all the applications you want to install and run in userspace and separating you from core kernel space.

CentOS 8 is available for below architectures,

Since CentOS 8 is based on Red Hat Enterprise Linux 8, we have below features in this release.

The CentOS Project used to offer only stable release for public. But, this time, there are two distribution in this new release, namely CentOS Linux and CentOS Stream.

CentOS Linux is a stable release, derived from Hat Enterprise Linux. It is fully compatible with its upstream product (RHEL 8).

This release is a standard stable release.

CentOS Stream is a rolling release. It is a midstream between upstream development in Fedora Linux and the downstream development for Red Hat Enterprise Linux. This released will be used for the next minor release of RHEL.

What are you waiting for? go and try CentOS 8 today.